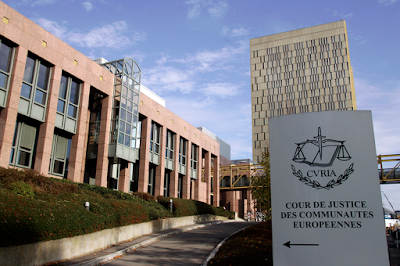 MEPs do not have to publish details of how they spend their monthly expenses allowance of €4,300 a month because it would be in breach of their privacy, the European Court of Justice said on Tuesday.

Journalists from all 28 EU member countries, including Dutch public broadcaster NOS, had gone to court in an effort to have MEPs’ expenses made public. MEPs are given the money, which is supposed to fund a home office, every month in addition to their salary of €8,848.

The European court upheld several earlier votes by the European parliament not to open expenses to public scrutiny, citing privacy rules. In addition, redacting bills and invoices to remove personal information would, the court said, be an ‘excessive administrative burden’ given the volume of documents.

Dutch Socialist MEP Dennis de Jong said the court’s decision is ‘a slap in the face’ for all Europeans. ‘MEPs are representatives of the people and they should show what they spend the money on,’ he said.

Lobby group Transparency International said it is ‘enormously disappointed’ in the court’s decision.

In 2017,  journalists also made a public appeal for MEPs to volunteer information about their expenses to the public. In the Netherlands, the VVD, the fundamentalist Christian SGP and the anti-EU PVV refused to comply.

In addition to their salary and standard expenses package, MEPs have their travel expenses between Brussels and Strasbourg paid, they get a car allowance of 50 cents a kilometre and an extra €306 for every day they attend official meetings – totalling some 168 meetings a year.
Posted by Cempaka at 12:36 PM