Politicians in Jersey have voted to ban so-called vulture funds from using the island's courts to sue the world's poorest countries for historic debts. 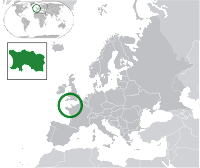 Vulture funds, which buy up poor nations' debts on the cheap before suing them for up to 100 times the original amount, had attempted to take cases to Jersey after British law banned the practice.

In the latest case, multimillionaire speculator Peter Grossman used Jersey's courts to sue the Democratic Republic of the Congo (DRC) for $100m (£64m) over a decades-old debt that started out at $3.3m. Grossman, who runs the FG Hemisphere fund, was able to take the case to Jersey's courts because the island is a crown dependency not covered by all UK laws.

The Jersey court ruled the DRC's state-owned mining company should pay back the debt, which was originally a loan from the former Yugoslavia to build power lines 30 years ago. The judgment was eventually overturned by the privy council, the final court of appeal for Crown dependencies.

Jersey's chief minister, Ian Gorst, said the island's decision to change its laws so they fall in line with those in the UK sent a clear message that Jersey was a "well-regulated, co-operative and transparent jurisdiction".

All but one of Jersey's parliamentarians voted in favour of changing the law to severely limit vulture funds' claims on debts owed by 40 of the world's poorest countries. The remaining member of the States of Jersey abstained from the vote on Tuesday.

When the draft legislation was lodged last month, Gorst said the law would show Jersey is "demonstrating its commitment to play its part in the global effort, expressed in the UN Millennium Declaration, to support debt relief efforts intended to assist the world's most heavily indebted poor countries".

Draft legislation states that the change in the law will "prevent the Jersey courts being used to seek to enforce in full, the debts of countries to which the governments of other countries, multilateral lenders and commercial creditors have provided relief under the [heavily indebted poor countries] initiative".

The UK is the only country in the world to have brought in a law to limit vulture funds practices, but other countries are considering similar proposals.

The Treasury estimates the UK Debt Relief (Developing Countries) Act passed in 2010 will save some of the most impoverished countries £145m.

The International Monetary Fund and the World Bank estimate that vulture funds are seeking total claims of $1.47bn from countries including Cameroon, Ethiopia, Sudan, Uganda, and the DRC.

Tim Jones, policy officer at Jubilee Debt Campaign, which is campaigning for the cancellation of debts owed by poor countries, said: "We warmly welcome this legislation to protect 40 countries from odious vulture fund claims in Jersey. However, vulture funds continue to cause havoc across the global economy. One case currently being heard in the US may even force Argentina to default on its debt.

"Global action is needed to make all creditors comply when government debts have to be written off."

Last month, an Argentine naval ship was seized in Ghana as part of an attempt by a hedge fund run by US billionaire Paul Singer to collect on debts arising from the country's defaulted bond swaps in 2005 and 2010.

Argentina has asked the United Nations to order the release of the Libertad tall ship, which has been prevented from leaving Ghana after a local court ruled in favour of Singer's Elliott Capital Management.

During its 2001 economic crisis Argentina defaulted on more than $100bn of debt. Most of the loans were subsequently restructured, giving creditors back about 30p in the pound, but some creditors including Elliott, chose to hold out and pursue the Argentine government through courts across the world.