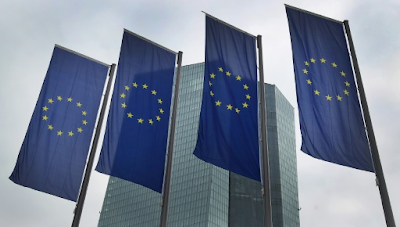 The European Union will launch plans Thursday to stamp out tax avoidance by multi-national corporations whose rock-bottom tax bills have provoked public outrage.

The plans are part of a multi-pronged push by the European Commission, the EU's executive arm, to combat tax avoidance, alongside investigations into the tax deals of major groups such as Starbucks, McDonald's and Fiat.

It (Other OTC: ITGL - news) comes as Google agreed on Friday to pay £130 million ($185.4 million, 172 million euros) in back taxes to Britain after a scathing government inquiry into the search giant's tax arrangements.

"Recent studies at the European parliament estimate the revenue loss at around 50 to 70 billion euros ($55-75 billion) a year, roughly the equivalent of the GDP of Bulgaria," said Economics Affairs Commissioner Pierre Moscovici during a news briefing.

"It is money that is taken from our hospitals, schools, transport, security and other vital public services," the former French finance minister added.

The European Commission said major corporations whose business spans continents will now be obliged to report profit country by country in an unprecedented break with the previous practice of moving money across borders to save on tax.

Another requirement will compel nations to agree on minimum standards for drawing up tax rules, so that multinationals stop the practice of shopping around for loopholes to avoid paying tax altogether.

"The days are numbered for companies that excessively reduce their tax bills," Moscovici said, adding that he hoped to finalise the proposals this year.

The 28 EU member states have passed a number of measures since the LuxLeaks scandal in 2014 revealed that top companies, including Pepsi and Ikea, had reduced their tax rates to as little as one percent in sweetheart deals with Luxembourg.

The revelations, unearthed by a group of investigative journalists, were a huge embarrassment to European Commission head Jean-Claude Juncker, who served almost two decades as Luxembourg's prime minister at the time of the deals.

The two main proposals are part of a 15-point OECD package agreed by leaders at a G20 summit in Antalya, Turkey in November.

The OECD calculates that national governments lose $100-240 billion, or 4-10 percent of global tax revenues, every year because of the tax-minimising schemes of multinationals.

Seven EU states are not part of the OECD and the pressure will be huge for them not to block the proposal. They are: Bulgaria, Latvia, Lithuania, Malta, Romania, Croatia and the frequent tax avoidance destination Cyprus.


Separately, the OECD on Wednesday said around 30 countries had signed an agreement to share information on tax issues in a bid to stem fiscal evasion by multinational companies.