EU officials have called on Brussels to stop shipping weapons to Saudi Arabia. The move is in response to alleged human rights violations committed by Riyadh in neighboring Yemen. 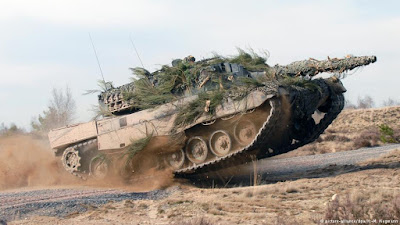 European lawmakers called on Thursday for the EU's foreign affairs chief Federica Mogherini to approve an arms embargo against Riyadh in response to the government's involvement in the ongoing war in Yemen.

The European Parliament's resolution followed a petition signed by 750,000 European citizens calling for an end to weapons sales. The resolution would not be legally binding, but officials hope that it would dissuade countries like Britain and France, who are the two main European exporters of arms to Saudi Arabia. Earlier this year, Germany announced it would look harder at its decision to export arms to Saudi Arabia.

"This is about Yemen. The human rights violations have reached a level that means Europe is obliged to act and to end arms sales to Saudi Arabia," said British lawmaker Richard Howitt, according to Reuters news agency.

Calls to end the war

Saudi Arabia and its Sunni Arab allies intervened in Yemen last year after a Houthi rebel uprising led to a wider war that has claimed the lives of some 6,000 people.

Riyadh buys most of its weapons from the United States, and the EU-wide embargo would go against Washington's policy of aiding the Sunni Arabs in the fight to help the internationally recognized government retake swathes of territory back from the rebel and al Qaeda factions that have divvied up the country.

Some EU officials also warned that an embargo could trigger a backlash from Riyadh. Howitt, for instance, said the Saudis had threatened to cut off relations with the EU in response.