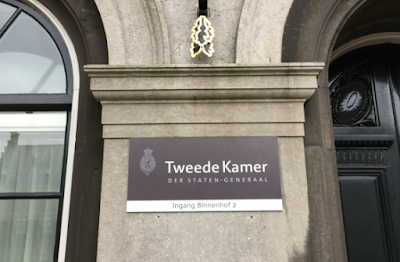 The Dutch parliament is poised to explicitly recognize the murder of 1.5 million Christian Armenian citizens by the Ottoman empire as genocide after a long campaign by ChristenUnie MP Joel Voordewind.

There is also majority support in parliament to send a Dutch minister to the commemoration of the Armenian genocide in Jerevan in April, Dutch media said on Friday.

Voordewind is expected to submit a motion on the issue to parliament next week, but is already guaranteed the support of a majority of MPs, now the coalition has thrown its weight behind the plan.

Experts say that the decision will further anger Turkey, which already has a fraught relationship with the Netherlands.

The Netherlands recently withdraw its ambassador to Turkey and the relationship between the two countries has been strained since the Dutch banned two Turkish ministers from campaigning on Dutch soil for a referendum to give greater powers to president Erdogan.

‘We must not deny history for fear of sanctions. Our country is home to the capital of international law, so we must not be scared of doing what is right in this matter,’ Voordewind told Trouw. ‘We are acknowledging history. That is not the same thing as casting aspersions as Turkey has done towards the Netherlands.’

The Dutch government currently refers to the issue as ‘the question of Armenian genocide’ and will continue to do so, RTL said.
Posted by Cempaka at 12:46 PM