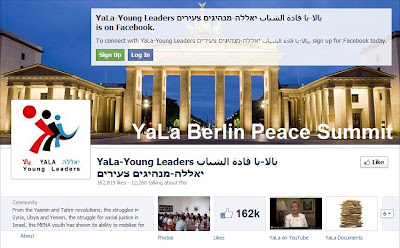 A Facebook-based movement for Mideast youth says the group has held its first gathering, bringing young activists from Israel and Arab countries to Germany to promote peace.

Ben-Zeev, an Israeli, said the group was selected from the most active of YaLa's 162,000 Facebook members.

Meetings between Israelis and citizens of Arab nations are rare. Except for Egypt and the Palestinians, none of those represented have diplomatic ties with Israel.

Ben-Zeev said Monday the movement wants to empower Middle Eastern youths to work together to improve their communities. It plans an online university next year.