Oprah Winfrey 'was victim of racism' in Switzerland 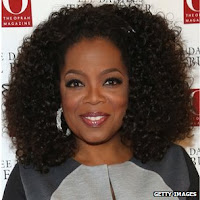 US talk show host Oprah Winfrey says she was the victim of racism during a recent visit to Switzerland.

She said an assistant refused to serve her in an upmarket handbag shop in Zurich.

Winfrey, one of the world's richest women, was apparently told the bags on display were "too expensive" for her.

Her claims, made to a US television programme, come amid a political row over plans by some Swiss towns to ban asylum-seekers from some public places.

The BBC's Imogen Foulkes in Berne says human rights groups have likened the plans - which include banning asylum-seekers from swimming pools, playing fields and libraries - to apartheid.

Winfrey said she left the shop calmly without arguing, but that the experience was proof that racism continues to be a problem.

"There's two different ways to handle it," she said.

"I could've had the whole blow-up thing... but it still exists, of course it does."

Her claims are a public relations disaster for Switzerland, our correspondent says.

About 48,000 people are currently seeking asylum in Switzerland. It has twice as many asylum seekers as the European average.

Officials say the curbs, which will also see asylum-seekers housed in special centres, are aimed at preventing tensions with residents.


The country's asylum laws were tightened in June.

The ongoing American debate on racism

Question: I’m a black woman who enjoys your teachings tremendously. It seems that there aren’t a lot of black people involved in these discussions. Is this true, and is there a reason for this? Is it cultural? Or am I wrong in this assumption?

Answer: Dear one, yes. If you’re speaking about black Americans, you’re right. It’s cultural. There are two basic reasons you won’t find many blacks in metaphysics in your culture: The first one is that in your land, your race is a minority with a history of oppression. This has created a very strong spiritual support base. Almost from birth, most of you have been exposed to very high church and spiritual support and a feeling of belonging and sticking together. There are few groups that have this kind of support and prayer base. So spiritually, you don’t look around much for answers other than what you have already learned about the love of God. This works for you and is honored.

The second reason is perhaps politically incorrect in your culture to speak of, but Kryon is not of your culture. Many of you are in survival mode due to sustained second-class citizenship you experience from birth. This causes despair, poverty, and a shift to crime among many due to despondency over life and a need to survive in a system that does not honor you. When a Human is consumed with survival in a difficult environment, they don’t have time or a desire for introspection or a search to better themselves spiritually. All their time is spent spinning within the challenges they have, many of which they assume to be their plight, many of which they have created themselves.

The sadness here is that if they did look within, they would find the tools to co-create a life outside of survival, and start processes that honors their endeavors and their lives. Blessed are those with life challenges, as so many of the minorities have, but who have decided to increase their spiritual knowledge as a solution, instead of trying to force-manipulate the reality of the cultural situation.