Xinhua Insight: China and Europe: time for a second "honeymoon"? 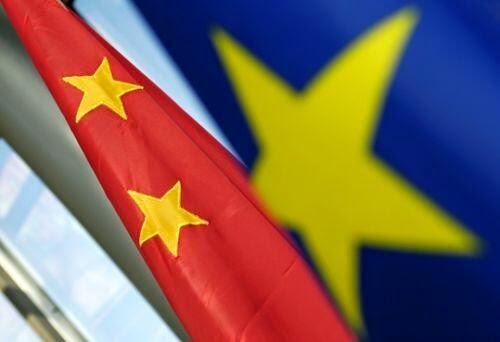 This is Li's third visit to Europe since he took office in 2013.

In Britain, where the Chinese Premier met Queen Elizabeth II and Prime Minister David Cameron, the two countries on Tuesday signed deals worth more than 14 billion pounds, with energy and finance dominating the trade agenda.

Two days later in Athens, Li oversaw the signing of trade and investment accords worth 4.6 billion U.S. dollars with Greece, while expressing support for the bailed-out country's economic revival efforts.

The open show of support, both in words and in deals, has prompted a question to which many are curious about the answer: is a second "honeymoon" around the corner?

China and Europe enjoyed years of cozy cooperation at the beginning of the millennium. But relations cooled slightly in the mid-2000s.

An upturn in trade ties and frequent high-level official exchanges have kindled hope of a second "honeymoon".

Annual trade volume between China and the EU has exceeded 550 billion U.S. dollars and there are over 5 million visits between the two sides each year.

Frequent visits by leaders from both sides are another telling illustration of the close rapport.

But there have been signs of a "seven-year itch". A Chinese policy paper issued in April admitted that "the two sides have disagreements and frictions on issues of value such as human rights as well as economic and trade issues."

Trade is perhaps the strongest area between the two sides, but it is also home to their main disputes. The EU's year-long anti-dumping case on Chinese photovoltaic power systems threatened to turn into a potential trade war, before the two sides managed to reach agreement.

Perhaps a second "honeymoon" is not round the corner after all. But disagreements do not render relations fruitless.

On the contrary, ties are without doubt heading in the right direction, according to Cui Hongjian, director of European studies at the Foreign Ministry think tank, the China Institute of International Relations.

"One thing is for sure, Sino-European relations have witnessed solid and comprehensive development in the past few years," Cui said, adding that no other regions have exerted as much influence on China as Europe.

His words echoed those of European Commission President Jose Manuel Barroso. "This is what I think is today's relationship with China: a relationship based on friendship and a mature relationship," Barroso said in a lunar new year greeting to the Chinese people in 2008. These words are still true today.

Maturity means the two sides are able to deepen points of agreement. On points of non-agreement, they are able to speak constructively and find a way out, Barroso said.

Noting that there have been fluctuations in Sino-Europe trade ties, Cui Hongjian said they are likely to last only in the short term.

He said relations between China and Europe are witnessing subtle changes, especially in the wake of China's growing economic and political prowess.


Both sides need time to adjust themselves and accept each other's changes, he said. "Cooperation between China and Europe could play a positive role by instilling more stability into the current international order."