Strasbourg (France) (AFP) - German Social-Democrat Martin Schulz was elected on Tuesday to head the European Parliament in the first session since elections in May.

Schulz, outgoing president of the last European Parliament, won 409 votes for and 314 against or blank ballots, in a session that was marred by eurosceptic opposition.

"Great honour and responsibility to be the voice of the Parliament of EU citizens," Schulz tweeted. "We'll keep strengthening this house to the benefit of all."

Marking the start of the parliament's five-year mandate, his re-election in a secret ballot was the first order of business since Europe-wide elections on May 25 returned an unprecedented number of anti-EU lawmakers.

As the session opened, dozens of eurosceptic members stood up and turned their backs on the EU flag as Beethoven's "Ode To Joy", the bloc's anthem, rang across the chamber.

The flag and anthem "are both symbols of our servitude inside a political union which the British people reject," said the deputy leader of the UK Independence Party (UKIP), Paul Nuttall, which outscored mainstream parties in Britain during the May vote.


The result of that vote brought a clear message that Europeans were increasingly fed up with the 28-nation bloc, blamed for painful austerity measures and a flagging economy. 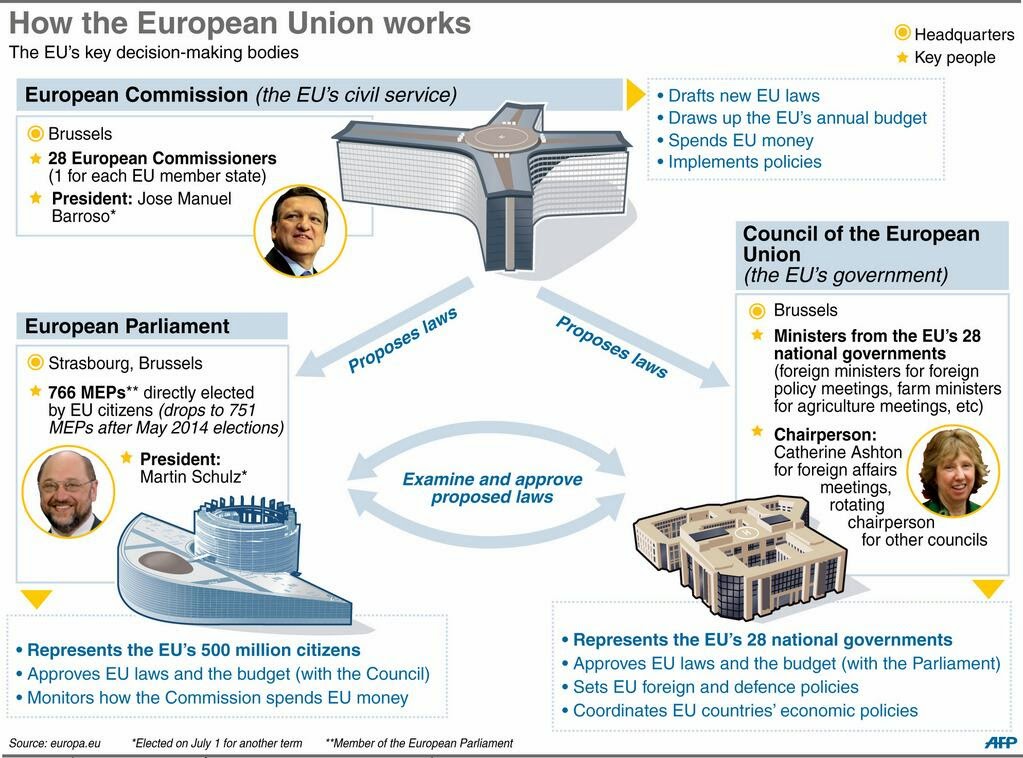