Change (Peace, Love & Unity) is in the Air Now ! ... Time to GET IT !
Protests: 'Resolve historical issues & Find global resolutions!'
"This World Belongs to Everybody" & "The Big Picture - You Are Not Alone"
"The State of the Earth" - The Predicted Weather Shift (Mini Ice Age - 2032 !!)
Are You ready for your Ascension (Part I) (Old Souls) ? Kryon Update: June 2021 (Part II)
(Solar and Heliospheric Observatory - website / spaceweather.com)

Rainer Maria Woelki is moving back to his native Cologne to serve as archbishop of Germany's largest Catholic diocese. Despite close ties to his conservative predecessor, Woelki surprised Berlin with his modern outlook. 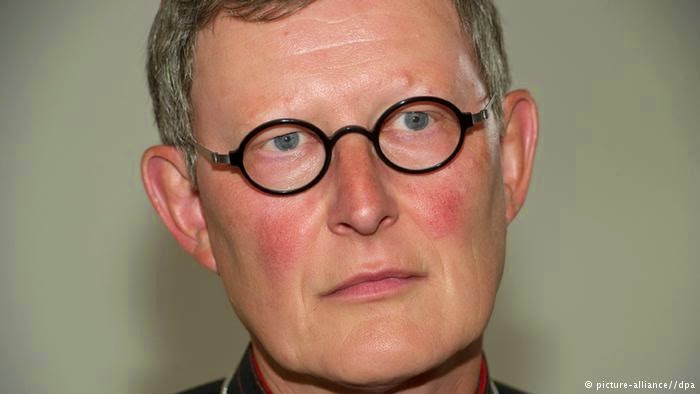 The appointment of Rainer Maria Woelki was confirmed in Cologne cathedral on Friday, with confirmation from the Vatican following swiftly. The dean of the cathedral, Norbert Feldhoff, announced the appointment, saying the city welcomed back the Cologne-born theologian "in heartfelt joy."

"And we already promise him, today, that we will tackle the challenges that lie ahead together," Feldhoff told the congregation after lengthy applause subsided.

Woelki is currently archbishop of Berlin, a post he took up in 2011. The cardinal said it was difficult to leave the city after such a short time, but also said he made the decision "out of loyalty to the Pope" and would return to his hometown "in great joy and preparedness." Even state premier Hannelore Kraft, an influential Social Democrat on the national stage as well, welcomed the homecoming.

"I'm pleased that Cardinal Woelki will take over this post of great responsibility within the Catholic Church, and that his path is leading him back to North Rhine-Westphalia," Kraft said.

Woelki is expected in Cologne for his first public appointment on Saturday.

The 57-year-old's appointment in Berlin was met with heavy skepticism at the time. Woelki was seen as a charge of the former archbishop of Cologne, Joachim Meisner, an outspoken and rather conservative theologian. Woelki's time studying for a theology doctorate at a pontifical university in Rome run by the contentious Opus Dei movement hardly bolstered his liberal credentials at the time.

But Woelki caught the German capital off guard, seemingly changing his stance on issues including homosexuality. Having previously written that same-sex relationships were against "the order of creation," Woelki changed his tune in 2012: "If two homosexuals take responsibility for each other, if they are loyal to each other over the long term, then one should see this in the same way as heterosexual relations."

He won the Respect Prize of Berlin's Alliance Against Homophobia, but he declined the award saying it was normal for a Christian to respect all people, so he should not receive an award for it.

Meisner's heir, and some fresh air?

Cologne's mayor Jürgen Roters also seemed to allude to Woelki's recent change in reputation, saying his citizens "are looking forward to having an open-minded cardinal, from Cologne, with a sense of the mentality and lifestyle here on the [river] Rhine."

Polish-born Meisner, who took up the post in 1987, was surely no stranger to the city by the time he retired aged 80, either. He also rather fitted the confrontational, honest and outspoken reputation of the city: traits that often landed him in hot water.

Meisner once referred to himself as "a resistance fighter for God," and was sometimes vilified for his penchant for comparing almost anything he disliked to Adolf Hitler's Nazis. Prominent atheist Richard Dawkins saw people merely as "containers for the all-important genes," Meisner said, rather like Nazis saw them as carriers of a race's genetic qualities. He likened the medication Mifepristone (or RU-486), a first-trimester abortion pill, to the Cylcon B gas used in gas chambers. Even a German constitutional court ruling of 1985, banning crucifixes and other religious symbols from non-religious state schools (Germany also has religious state schools), was a throwback to Hitler's policies, in Meisner's eyes.

Yet the conservative also boasted a rare charisma, easily establishing himself as the country's most famous Catholic face besides Pope-emeritus Benedict XVI. Cologne's popular Carnival satire troupe "Stunksitzung" joked that all of Cologne would "sing Hallelujah in thanks" when Meisner stepped down. Woelki's first task will be to establish enough of a profile that he is at least targeted each year by the political displays in Cologne - for Meisner was never forgotten when the city looked for famous faces to satirize.