Germany has decided to cease exporting weapons to Saudi Arabia because of ongoing conflicts in the Middle East. But Germany's weapons industry stands recoup some losses with a consignment of submarines to Australia. 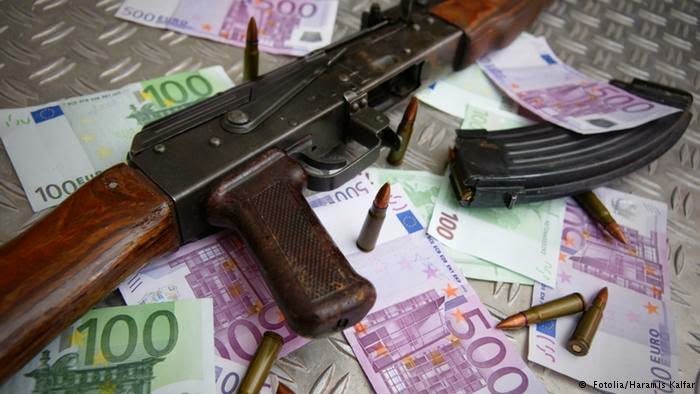 Germany's national security council, a government body headed by Chancellor Angela Merkel and made up of ministers from seven ministries, has decided to halt arms exports to Saudi Arabia due to "instability in the region," the mass-market Bild am Sonntag reported Sunday, adding that the information has not been officially confirmed.

According to the newspaper, orders of weapons from Saudi Arabia have either been "rejected, pure and simple" or deferred until further notice.

The kingdom is "one of the most important clients of Germany's arms industry," the newspaper said, noting that it paid German weapons manufacturers 360 million euros ($400 million) in 2013. But the government has decided "the situation in the region is too unstable to ship there."

A survey conducted by Bild found that 78 percent of Germans support Berlin stopping arms deliveries to Saudi Arabia and 60 percent believe Germany should break off trade ties with the country all together due to human rights violations.

Saudi Arabia is home to the holiest sites in Islam, and thus plays a key role as spiritual leader for Sunni Muslims and as a mediator in the region. Its importance was clear on Saturday, when world leaders, including former German President Christian Wulff, converged on Riyadh to give their condolences for the death of King Abdullah. However, the kingdom has come under fire from human rights groups for its harsh stance on religious minorities and the rights of women, as well as its draconian legal system.

The news comes amidst speculation that the arms industry will not be suffering too long, however, because Germany could make 14 billion euros off a potential sale of Class 216 submarines to Australia.

Der Spiegel news magazine reported that the German bid, which faced stiff competition from Japan, is likely to be chosen over the Asian nation, partly because of Japan's continued tensions with China. When Chancellor Angela Merkel told Australian Prime Minister Tony Abbott at the last G20 summit in Brisbane that a delivery from Germany would be seen as politically neutral, Abbott is said to have responded: "You're right about that."

Class 216 submarines are still in the testing stages, and should be the most modern conventional submarines in the world, Der Spiegel reported. They will be able to stay submerged for four weeks at a time. Australia's decision about which bid to expect will come in the next few months.