Geneva (AFP) - People smugglers likely raked in more than $1.0 million from the hundreds of desperate migrants crammed into just one of the "ghost ships" abandoned off the coast of Italy this week, the International Organization for Migration said Friday.

"Our reports are of payments of $1,000 to 2,000 per person leaving Syria and attempting to sail from Turkey," IOM spokesman Joel Millman told AFP.

That means that traffickers likely took well above $1.0 million on each of the large, crewless ships crowded with migrants intercepted off Italy in recent days, he said.

That is "enough revenue to pay for a disposable craft, crew, vessels to evacuate the crew and, presumably, make any bribe payments that might have been useful in furthering the scheme," Millman added.

Italian sailors on Friday managed to take control of a crewless merchant ship drifting in rough seas with 450 migrants on board.

That was the second in two days after the Moldovan-registered Blue Sky M ship was abandoned Wednesday by smugglers who set it on autopilot toward Italy's rocky shores with nearly 800 migrants aboard.

More than 170,000 people have been rescued by Italy in the last 14 months and hundreds, possibly thousands, have perished trying to make the crossing.

Millman said the smugglers have recently begun using large cargo ships, rather than smaller boats, as well as turned to moving more "homogenous" groups of passengers, with the Blue Sky M filled almost exclusively with Syrians.

The UN refugee agency also voiced concern Friday at the move towards using large freighters and called on European governments to do more to help Italy respond to flood of migrants landing on its shores.

"We need urgent European concerted action in the Mediterranean Sea, increasing efforts to rescue people at sea and stepping up efforts to provide legal alternatives to dangerous voyages," Vincent Cochetel, head of UNHCR's European bureau, said in a statement.

But with entire villages and towns frantically trying to escape the bloody civil war in Syria, traffickers have found a particularly lucrative niche, Miller said.


The smugglers, Millman warned, could be "getting used to handling a flow of migrants they can predict will run into the thousands of individuals every month." 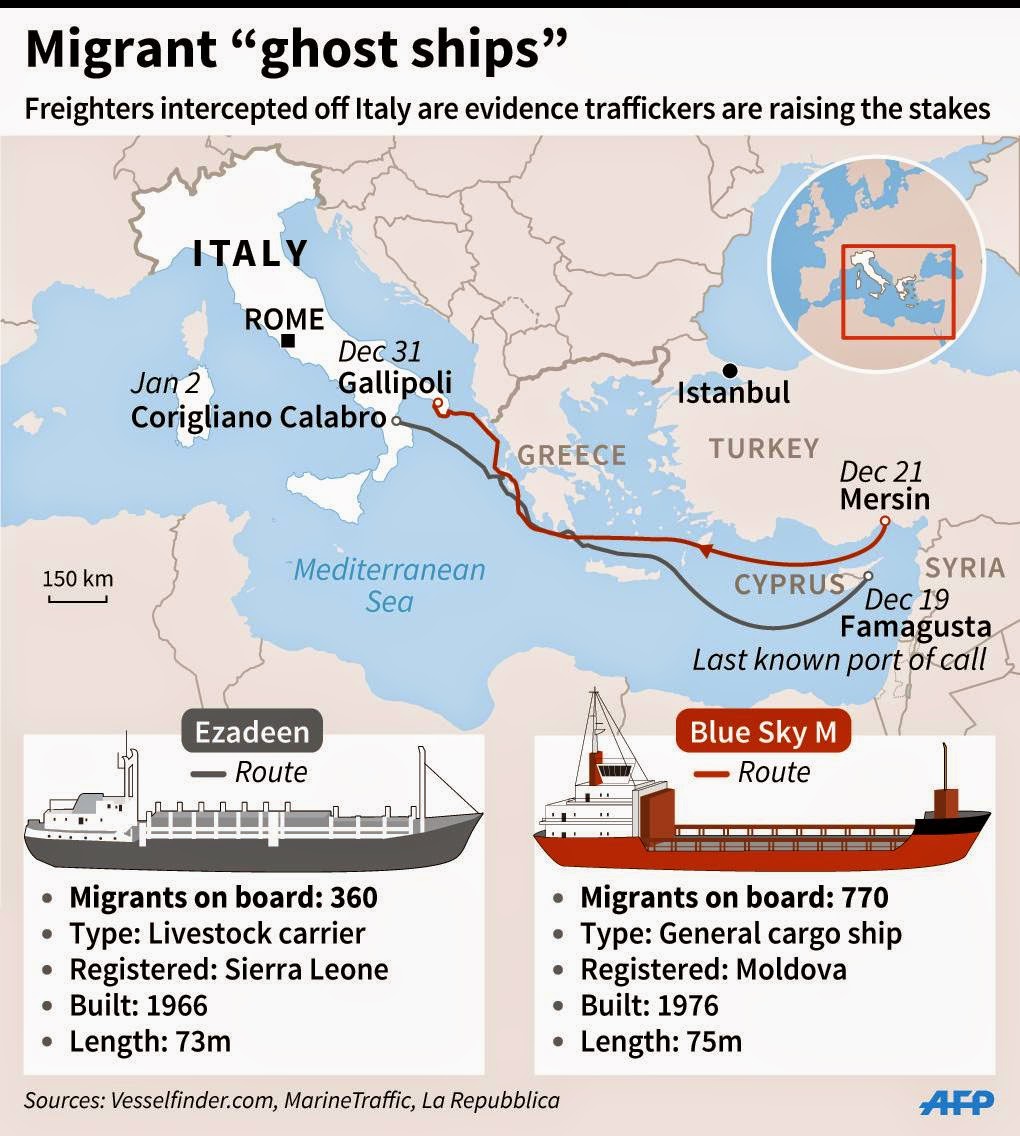