World leaders have condemned the killing of Russian top opposition politician Boris Nemtsov, who was gunned down by unknown assailants in Moscow overnight. Putin says he will personally oversee a probe into the murder.

German Chancellor Angela Merkel said on Saturday she was "shocked by the devious murder" of outspoken opposition leader Boris Nemtsov and called on Russian President Vladimir Putin to "ensure that the murder is investigated and the perpetrators brought to justice."

Nemtsov was fatally shot by assailants driving a white car near the Kremlin in central Moscow late on Friday. He was walking with a Ukrainian woman when he was shot. The 55-year-old former Russian deputy prime minister is the most prominent opposition figure killed during Putin's 15-year rule, and his death has sparked an international outcry.

Chancellor Merkel's spokesman said she paid tribute to the "courage of the former deputy prime minister, who has repeatedly voiced criticism of the government's policies."

French President Francois Hollande also condemned the "hateful murder" and described Nemtsov as "a courageous and tireless defender of democracy who was committed to the fight against corruption."

US President Barack Obama, who had met Nemtsov on a visit to Moscow in 2009, said Russians had lost "one of the most dedicated and eloquent defenders of their rights."

By Saturday morning there was a mounting pile of flowers at the spot where Nemtsov was gunned down on Moscow's Bolshoi Moskvoretsky bridge.

Putin said he had taken the investigation into the death under personal control. The Russian president's spokesman, Dmitry Peskov, said the murder bore "the hallmarks of a contract killing" and could have been a "provocation," considering that Nemtsov was planning to lead a big protest organized by the opposition in Moscow on Sunday.

The last Soviet leader Mikhail Gorbachev, quoted by Interfax, also said the killing could have been a provocation, aimed at "destabilizing the situation in the country, at heightening confrontation" with the West.

'A bridge between Ukraine and Russia'

Actvists said they would cancel Sunday's planned opposition demonstration, and would instead hold a memorial march for Nemtsov in the city center.

The march had aimed to protest against the conflict in eastern Ukraine, where fighting between pro-Russian separatists and Kyiv forces has claimed more than 5,600 lives.

Nemtsov frequently attacked Russia's policy on Ukraine and was working on a report about Russia's alleged involvement in the separatist rebellion.

"The murderers' shot has destroyed it. I think it is not by accident," he said.

Nemtsov, who leaves behind four children and an elderly mother, was also a vocal critic of corruption within the Russian government. Some opposition figures have argued his murder is a clear demonstration of the problems facing dissidents in Putin's Russia.

In Putin's atmosphere of hatred & violence, abroad & in Russia, bloodshed is the prerequisite to show loyalty, that you are on the team.
— Garry Kasparov (@Kasparov63) February 27, 2015

Nemtsov began his political career as the governor of Nizhny Novgorod in central Russia and rose to the position of deputy prime minister in the 1990s under Boris Yeltsin, Russia's first democratically elected president.

Nemtsov became a part of the opposition after Putin came to power in 2000, but groups critical of Putin have largely been sidelined since he returned to the presidency after four years as prime minister under Dmitry Medvedev. 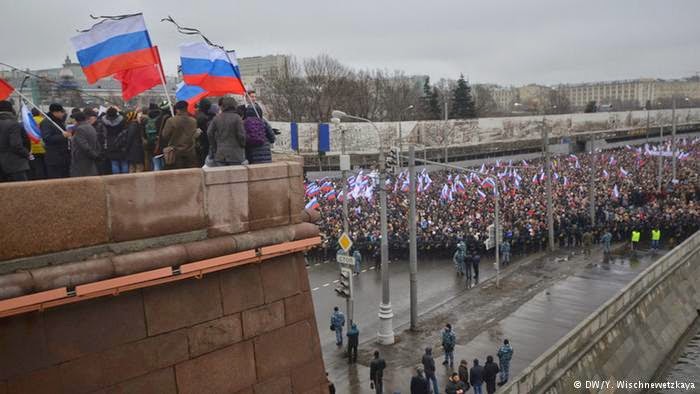 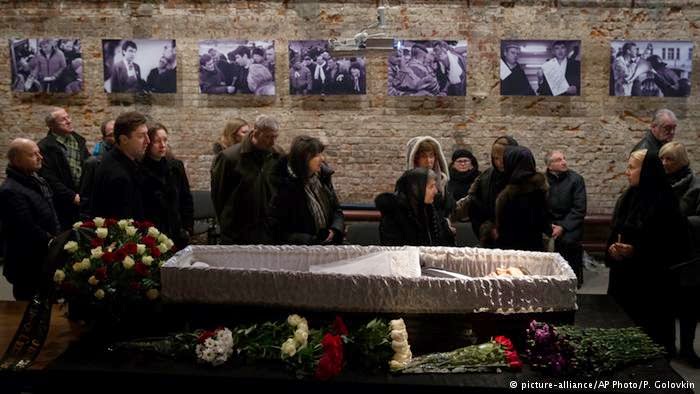