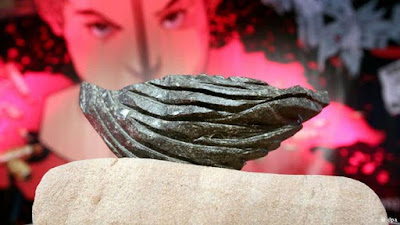 Announcing the award on Saturday, journalist Hauke Friederichs said that by awarding the "Closed Oyster" Netzwerk Recherche was sending a signal for transparency and freedom of access in media coverage.

In May, a defense ministry official was removed from his job after trying to get Germany's Military Counterintelligence Service (MAD) to cover up negative reports about H&K's G36 rifle, which is used by the Bundeswehr. The company was said to have lobbied the government to do mobilize the spies.

Friederichs said at the awards ceremony, "In the conflict zones of the world Heckler & Koch is as well known as Daimler-Benz."

The new chair of Netzwerk Recherche, Julia Stone, said, "It is well known that Heckler & Koch is reluctant to answer questions of any kind and prefers to speak through lawyers, and has even threatened journalists."

Heckler & Koch CEO Andreas Heeschen rejected the allegations and said, "I would like at this point to emphasize once again that we have at no time discussed or demanded spying on journalists by the Military Counterintelligence Service (MAD)."

Heckler & Koch is one of the world's leading manufacturers of small arms including pistols, submachine guns, assault rifles, precision rifles, and machine guns. It employs about 650 people and supplies its weapons to NATO countries and also to Egypt, Bahrain, Mexico, Saudi Arabia and the United Arab Emirates.

The non-profit Netzwerk Recherche association was set up in 2001 by 35 journalists to promote investigative journalism in Germany. It works with journalists to aid their research, especially if officials impede the free flow of information.

It is the first time in the 13 years of awarding the "Closed Oyster" that the prize has been given to an arms manufacturer.

Defense Ministry official sought to quell reporting about the G36