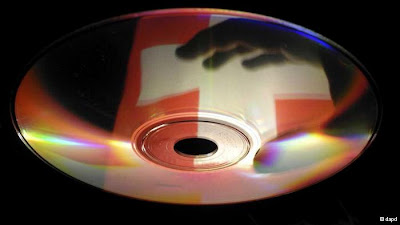 The Financial Times Deutschland reports that a German state government has bought a second CD with data on tax dodgers. A dispute between Germany and Switzerland over tax safe havens could re-ignite as a consequence.

The western German state of North Rhine-Westphalia (NRW) has reportedly purchased a second CD containing the personal data of German tax evaders in Switzerland, potentially jeopardizing a treaty aimed at resolving the dispute between the two countries.

The Financial Times Deutschland (FTD) reported on Saturday that the NRW state government bought the CD for some 3.5 million euros ($4.2 million). The disc supposedly contains information on 1,000 German citizens who have parked assets in Switzerland to evade taxes in their home country.

The individuals in question are mostly customers of private Coutts Bank, according to FTD. Coutts is a subsidiary of the Royal Bank of Scotland and has served the British royal family since the 18th century.

Purchasing the CD could potentially torpedo a treaty agreed between Germany and Switzerland that seeks to resolve the tax dispute.

Under that agreement, German tax dodgers are to pay a 21 to 41 percent penalty on their hidden assets in Switzerland. In turn, they will remain anonymous to German authorities and not face prosecution.

But Switzerland made it a condition of the treaty that Germany would no longer purchase CDs with information on Swiss banks' German clients. The agreement is supposed to go into force in January 2013, pending approval by the upper house of the German parliament, the Bundesrat.

However, approval of the treaty by the Bundesrat is not necessarily guaranteed. The opposition Social Democrats and Greens, who control the upper house, have criticized the treaty as too lenient on tax cheats.

In 2010, the German government recouped some 1.6 billion euros from tax dodgers after buying a disc containing their personal data. In retaliation, Switzerland issued arrest warrants on charges of economic espionage against three German officials allegedly involved in acquiring the CD.

German media claim that between 130 and 180 billion euros in German assets are hidden in Switzerland.