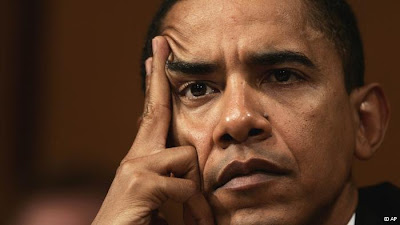 US President Barack Obama has forecast that the eurozone and its currency will survive its debt crisis. But he urged Europe to make decisions sooner rather than later to minimize global economic fallout.

The Democratic party incumbent told 60 business executives at a New York fundraising event for his bid to be re-elected as US president in November that the euro would stay intact, adding that "the sooner they take decisive action, the better off we're going to be."

"I don't think ultimately that the Europeans will let the euro unravel but they are going to have to take some decisive steps," he said.

Obama cited an 800 billion dollar (652 billion euro) stimulus package that his administration promoted in 2009 as an example.

"Despite its unpopularity, [the plan] avoided this chronic bleeding wound that has been an enormous problem not just for Europe now, but for the entire global economy."

The pair agreed that Europe and the USA should coordinate moves to achieve sustainable public finances and said they were jointly confident "in euro area member states' efforts to reform and move towards greater integration."

At the New York fundraiser, President Obama said he and Geithner were "spending an enormous amount of time" in talks with European partners on economic issues.

Referring to the debt-burdened US economy, Obama said Europe's debt-crisis was generating "headwinds" ahead of the US presidential election on November 8.

"Right now, the [US] economy is still rough enough for enough people that this is going to be a close election," Obama said.

"Europe is still a challenge, and a lot of people in this room who have business in Europe understand that," Obama told his New York audience.

At their talks on Monday, Schäuble and Geithner welcomed an Irish long-term bond sale last week and Portugal's gains toward reducing government borrowing. They also discussed efforts by Spain and Italy to make far-reaching fiscal reforms.

Geithner also met with the president of the European Central Bank, Mario Draghi, on Monday and held a phone conversation with French Finance Minister Pierre Moscovici.

The US Treasury Department said in a release that Geithner's conversation with Moscovici focused on "ongoing efforts to ensure financial stability, foster greater economic integration and promote the recovery of the eurozone."