France's new trade minister, Thomas Thevenoud, has resigned after nine days in the job, after problems with his taxes arose. It appears to be another setback for President Hollande amid the release of a tell-all book. 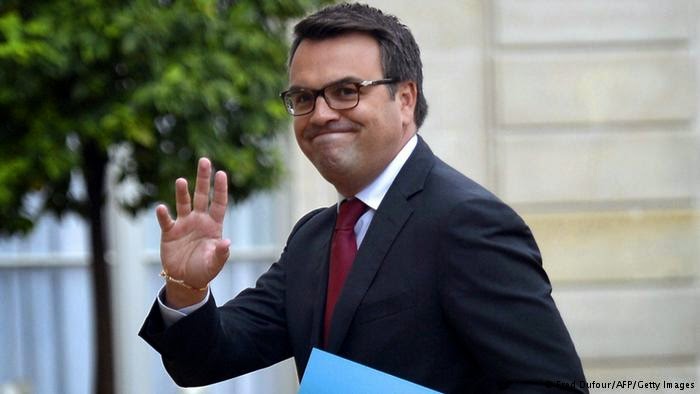 The office of the French president confirmed on Thursday night that Francois Hollande had accepted the resignation of trade minister Thomas Thevenoud (pictured), who was appointed less than a fortnight ago in a government reshuffle.

Hollande's office cited personal reasons for the move, but it is understood that Thevenoud resigned because of problems with his taxes.

"He has not resigned because of any political disagreement," a government source told the AFP news agency.

The situation has uncomfortable echoes of the so-called Cahuzac affair of March 2013, when Hollande's budget minister Jerome Cahuzac resigned after being accused of failing to declare funds kept in a Swiss bank.

It has been a rocky two weeks in French politics. Prime Minister Manuel Valls announced a new government on August 25 after the cabinet resigned, amid infighting over France's economy.

Confidence in the Socialist leader has plunged to an all-time low of 13 percent, according to a new poll taken before the release of the book.