Amnesty International has accused a Belgian mining group of bulldozing hundreds of Congolese homes and benefiting from a government "cover-up." The miner denies the claims. 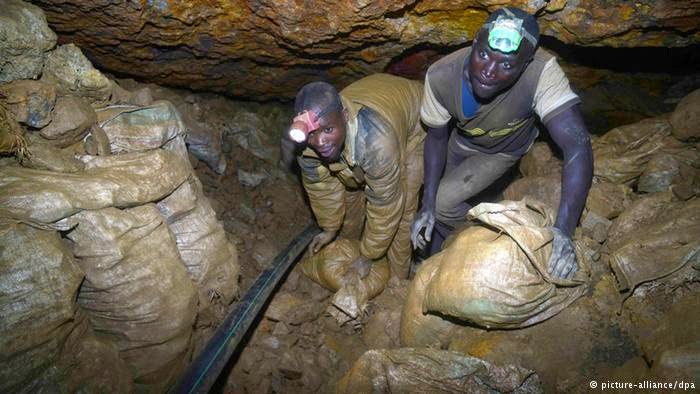 Amnesty International says Belgian miner Groupe Forrest International took part in destroying homes near one of its mines, in the southeastern Democratic Republic of Congo, in 2009.

In a report released on Monday, Amnesty said a subsidiary of the company provided bulldozers used to demolish homes and forcibly evict hundreds of people near the cobalt and copper mine, in Katanga province.

Police conducted the operation in an apparent attempt to clear the mine of small-scale miners stealing from it, but Amnesty has drawn from satellite imagery and other evidence to refute that claim.

"There is now overwhelming and irrefutable evidence showing that the forced evictions that Groupe Forrest International has denied for years in fact took place," said Audrey Gaughran, the organization's global issues director.

Amnesty claims hundreds of structures were destroyed before and after the police operation to clear the small-scale miners - destroying homes and businesses in three neighborhoods.

"Some people lost their livelihoods as well as their homes. The impacts are still felt today. One woman, whose restaurant was demolished, told us that she doesn't have the money to buy enough food to eat and had to pull her children out of school. Proper compensation for villagers would have alleviated a lot of the suffering," Gaughran said.

The report also claims that government officials in the Congolese capital, Kinshasa, ordered no charges be filed - despite recommendations by a government prosecutor.

"This is a cover-up by the Congolese authorities. The state has failed its own people by not bringing anyone to justice for these forced evictions and by not ensuring that compensation was paid," Gaughran said.

Groupe Forrest International has refuted Amnesty International's claims, laying blame on police for the evictions, which it labeled "regrettable and unacceptable."


"These grave allegations are baseless and are not supported by the facts. [The company's] subsidiaries and employees always act in an ethical and responsible manner."