Spanish members of parliament have voted nearly unanimously to exert pressure on Madrid to recognize Palestine as a state. The non-binding vote took place hours after a brutal attack on a synagogue in Jerusalem. 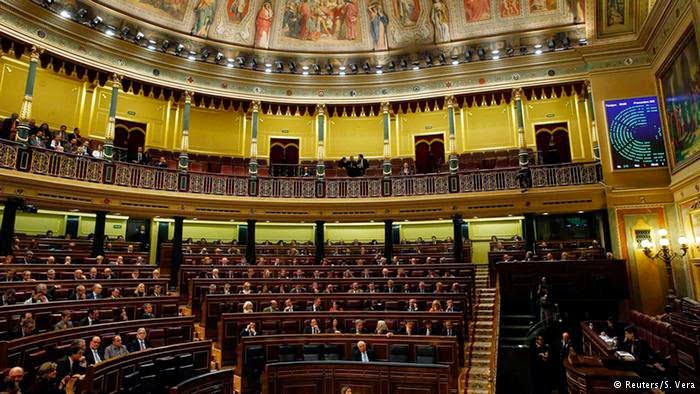 The bill said the "only solution to the conflict is the coexistence of two states, Israel and Palestine."

Rajoy's conservative People's Party was widely in favor of the bill, but set a requirement that a negotiation process between the two guarantee peace and security first.

The parliament also called on the government to pressure the European Union to recognize Palestine as well. At the end of October, Sweden became the firstwestern EU member to recognize it. Israel, in turn, recalled its ambassador from Stockholm.

Poland, Hungary and Slovakia had recognized Palestine before they became EU members. The UK parliament is also considering a vote on recognition of Palestine, which is currently recognized by around 130 countries worldwide.

Tuesday's vote came after an attack at a Jerusalem synagogue, where two Palestinians armed with a gun and meat cleavers killed four people before being shot dead. A police officer also died. The vote had been planned to take place before the attack.

"It is not binding, it does not set a timeline for the recognition, it gives the government the margin to proceed with the recognition when it feels it will be opportune," Spanish Foreign Minister Jose Manuel Garcia-Margallo told reporters in Brussels on Monday ahead of the vote.

"If we want to be effective this recognition must be done in coordination with the European Union," he said.