The ongoing refugee crisis could result in a stronger Germany, the country's new coordinator for refugees says. But he called for migrant policy to be streamlined to allow a focus on those who needed the most help. 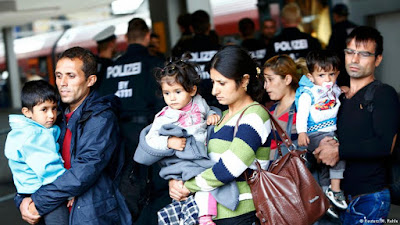 "I believe that when we have successfully managed the refugee crisis, Germany will be stronger than ever before," Peter Altmaier told German newspaper "Bild am Sonntag" in an interview published on Sunday.

Altmaier, who this month was put in charge of the government response to the influx of refugees coming to Germany, said the feeling of identity and self-confidence in the country had reached its highest level since the Second World War, and that a positive approach to refugees would increase it even further.

"I am convinced that many of those who are coming to us now as children and teenagers will be enthusiastic Germans in 20 years from now," Altmaier added.

His remarks echo much-cited comments by Chancellor Angela Merkel this week that the crisis is "manageable."

'No threat to employment'

He also rejected fears that the influx of refugees could lead to unemployment.

"Leading economists predict that the immigration will create new jobs. And tens of thousands of young refugees will take jobs and training placements for which there have been no suitable applicants for years because the labor market was swept clean," he said.

However, Altmaier, who is also Merkel's chief of staff, also said bureaucracy had to be reduced and the asylum process speeded up, while those who did not truly need asylum should be quickly sent home.

Among other things, he said the government would soon decide on so-called "transit zones" in which authorities would decide on asylum applications before applicants entered the country, allowing those ineligible for asylum to be sent back to their home countries more rapidly. However, Altmaier said that such zones, though "a sensible element," could not solve the problem on their own.

Refugee influx 'cannot be turned off'

Altmaier also rejected calls from the Bavarian conservative party CSU, which forms a part of the ruling coalition, for an upper limit to be imposed on the number of refugees coming to Germany, saying there was no viable way of doing so.

"We have to understand that you can't turn the influx of refugees on and off like a tap," he said.

CSU leader Horst Seehofer has continued his outspoken criticism of Merkel's migrant policy, telling newspaper "Die Welt" that "the current influx has overwhelmed us."
He said his stance had "nothing to do with racism and xenophobia."

Germany says it expects up to 800,000 refugees to arrive in the country this year.