The Swedish Academy has announced Patrick Modiano as the 2014 winner of the Nobel Prize in literature. The French author published his first book in 1968 and focuses mainly on historical fiction. 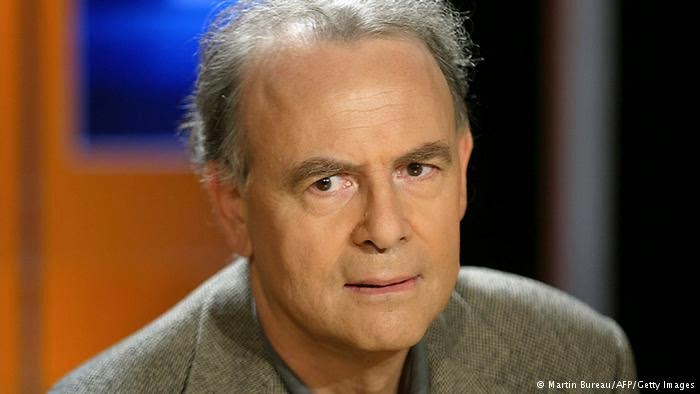 On Thursday, the Swedish Academy announced that the 69-year-old Patrick Modiano had won the 2014 Nobel Prize in literature. The French author published his first novel, "La place de l’etoile," in 1968, though the book did not have an English edition. Called by the academy "a Marcel Proust of our time," Modiano has written extensively about Jewish identity in Europe after World War II and Germany's occupation of France.

The Swedish Academy announced that it had given the Nobel Prize to Modiano "for the art of memory with which he has evoked the most ungraspable human destinies and uncovered the life-world of the occupation." Announcing the award, Peter Englund, the Swedish Academy's permanent secretary, said the judges had not yet been able to reach Modiano to let him know, "but we hope to do so soon."

Modiano's books in English include "Missing Person," "Out of the Dark" and "The Search Warrant."

The academy also awards Nobel Prizes in the fields of medicine, physics, chemistry, peace and economics. The weeklong announcements of the winners began on Monday.

Before his death in 1896, the Swedish industrialist - and inventor of dynamite - Alfred Nobel, endowed the prize that bears his name. This year, winners receive 8 million Swedish kronor (900,000 euros/1.1 million dollars), which they can collect at a ceremony on December 10, the anniversary of Nobel's death.

#HTdata | Out of every 20 Nobel laureates only 1 is a woman. More #Nobel facts and figures: http://t.co/05qSciEuiU pic.twitter.com/NxEKQX9hlS
— Hindustan Times (@htTweets) October 8, 2014

Every year, the academy makes a list in February with all the nominations it has received - 210 this time around - and then cuts that down to five names in May. The final deliberations take place behind closed doors, with the public only given a window unto the judges' thinking 50 years later.