For tax evaders, the risk of being uncovered has escalated. An agreement governing the international exchange of data will bring a little more justice, says DW's business editor Henrik Böhme. 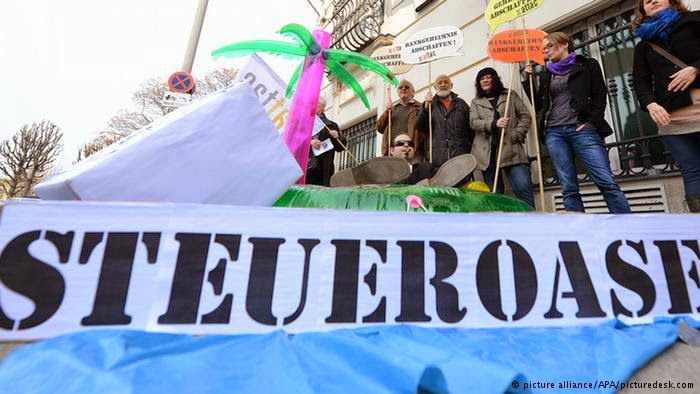 It was one of the first books I was given 25 years ago after the fall of the wall. Its title: "1000 ganz legale Steuertricks" or in English, 1,000 completely legal tax tricks. It was important to know where you stood in the battle against the merciless tax office. At the time, creating a tax return was something of a pleasure, knowing that in the end, thanks to all possible personal reliefs, you'd be refunded a decent sum of money.

The book still exists, but times have changed. The taxation of well-earned money has already reached a painful level and ways of reducing the tax burden have become much smaller. The state - that expensive old being - needs every euro it can get. That goes without mentioning the fact that since the financial crisis rocked the world, countries that had to support their banks with billions have accumulated gigantic mountains of debt.

This has led to tax hunters around the world taking the opportunity to look more intensely than ever before where their compatriots, who have more money in their account than the average Joe, are stashing away their money - or better said, where its hidden from the tax authorities. Of course, for rich Germans, there were possibilities just around the corner in Luxembourg or Switzerland, where tax-saving investment was part of the government-tolerated business model. But it became a risky business: After CDs holding entire lists of names of tax evaders emerged, there were some spectacular arrests, including that of Deutsche Post boss, Klaus Zumwinkel. The number of voluntary self-denunciations soared because for many tax evaders it was becoming just too hot to handle.

Because the business with the CDs had a somewhat nasty aftertaste - after all, the data was obtained by criminal means and then offered for sale to the tax authorities, which is nothing more than receiving stolen goods - it seemed like the better idea to implement what the international community had already decided upon at the 2009 G20 summit in London: drain tax havens and declare war on tax evasion.

Now a huge step has been made in the shape of a newly signed agreement. "Banking secrecy has become obsolete," says the German Finance Minister Wolfgang Schäuble with pride. Tax evaders are now skating on even thinner ice.

But the question remains: are the tax offices in the position to cope with the flood of data due to arrive from 2017 on? Will all countries really pull together? Will all those participating be working on a level playing field? And what will be done to tackle new loopholes, which are bound to appear? One thing that remains important is to implement the agreement quickly and without undue delay.


This momentum must now be used to also curb creative tax policies of internationally operating companies. It may all be legal, but it simply cannot be that profits are pushed back until the tax burden is zero. What applies to private assets must also apply to corporate assets: taxes must be paid where the net product comes from. It's a chance now, at least, for a little more justice.