Change (Peace, Love & Unity) is in the Air Now ! ... Time to GET IT !
Protests: 'Resolve historical issues & Find global resolutions!'
"This World Belongs to Everybody" & "The Big Picture - You Are Not Alone"
"The State of the Earth" - The Predicted Weather Shift (Mini Ice Age - 2032 !!)
Are You ready for your Ascension (Part I) (Old Souls) ? Kryon Update: Oct 2020 (Part II)
(Solar and Heliospheric Observatory - website / spaceweather.com)

The European Parliament is to conduct the last of the EU Commission hearings. The grilling has revealed weak points in the proposed 27-member team, which will likely be reshuffled before undergoing a confirmation vote. 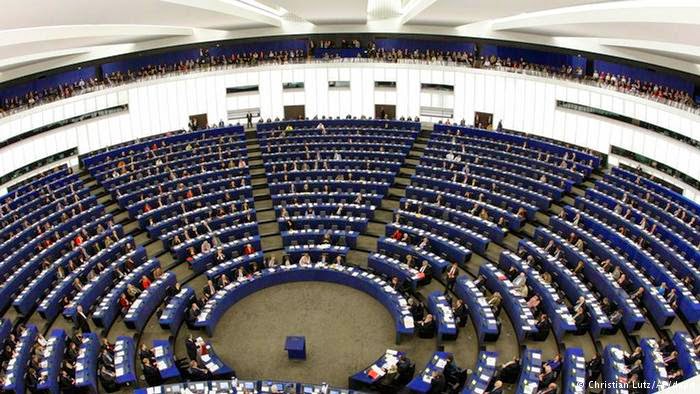 Former Finnish Prime Minister Jyrki Katainen and former Dutch Foreign Minister Frans Timmermans, the remaining two nominees for the EU Commission, were to face the European Parliament on Tuesday, bringing over a week of hearings to a close.

Katainen has been nominated for the position of vice president for growth, investment and competitiveness. The 42-year-old center-right politician is also the EU's economy commissioner.

Meanwhile, Frans Timmermans, 53, is to face questions about his qualifications for the post of first vice-president. The center-left politician would be tasked with overseeing better regulation, inter-institutional relations, the rule of law and the charter of fundamental rights if approved for the position.

While Katainen and Timmermans' hearings are to be the final inquiries, they were not the main highlight of Tuesday's session. Instead, they were overshadowed by controversies surrounding other candidates in the group of 27 nominees, whose failure to convince EU members of parliament could put incoming EU Commission chief Jean-Claude Juncker's commission at risk.

Briton Jonathan Hill is to face a second hearing. The candidate holds a top spot in the same party as British Prime Minister David Cameron, who has paved the way for a referendum in Great Britain over remaining in the EU. Moreover, Hill's previous work as a lobbyist has raised concerns over his allegiance to London banking sector.

Though the conservative politician's rhetorical skill charmed some MEPs during the first hearing, others demanded he return to provide more substantive answers regarding his nomination to head one of the finance posts.

The EU parliament also expected more information from France's Pierre Moscovici. The Socialist politician's nomination as finance commissioner has been met with skepticism given his country's inability to meet EU budget targets. Moscovici was expected to submit written answers by Tuesday to defend his nomination.

Meanwhile, the MEPs have also grappled over both conflicts of interest and other questionable affiliations during the hearings.

Spain's Miguel Arias Canete, who has been nominated as climate commissioner, has drawn criticism for his ties to the oil industry.

The parliament has also already rejected the candidacy of former Hungarian justice minister Tibor Navracsics for the post of education, culture and citizenship. In a government led by Hungarian Prime Minister Viktor Orban, Navracsics oversaw policies which some lawmakers say were anti-democratic.

The legislative body did, however, recommend Navracsics be given a different post.
October 22 vote

The EU parliament is then scheduled to hold a confirmation vote on October 22.

Instead of deciding on each individual candidate, the parliament must vote on the proposed team as a whole. A 'no' vote would therefore force incoming EU Commission chief Jean-Claude Juncker - who is scheduled to take up his post at the beginning of November - to select a new commission.

Juncker is due to replace outgoing chief Jose Manuel Barroso.