Change (Peace, Love & Unity) is in the Air Now ! ... Time to GET IT !
Protests: 'Resolve historical issues & Find global resolutions!'
"This World Belongs to Everybody" & "The Big Picture - You Are Not Alone"
"The State of the Earth" - The Predicted Weather Shift (Mini Ice Age - 2032 !!)
Are You ready for your Ascension (Part I) (Old Souls) ? Kryon Update: July 2020 (Part II)
(Solar and Heliospheric Observatory - website / spaceweather.com)

Homosexuals 'have gifts to offer,' says Vatican in historic turnaround


The olive branch that Pope Francis offered to gays last year when he refused to condemn homosexuality is triggering a historic change in attitudes – and probably an overhaul of doctrine, experts said today, after cardinals issued their most liberal statement to date on sexuality.

After a week that saw 200 bishops from around the world gather at the Vatican to debate family policy, the Hungarian Cardinal Peter Erdo, reading from an interim report, declared that homosexuals had “gifts and qualities to offer” and even raised the prospect of the Catholic Church recognising the positive aspects of same-sex relationships.

The Vatican expert and papal biographer Marco Politi, told The Independent that the shift in tone heralded huge changes. “This is a turning point. It’s a complete reversal with regard to the line of Popes Benedict and John Paul II,” he said.

“Never before has the church recognised that homosexuals offer positive qualities to the church community. And there have been the statements on possibly giving communion to divorcees and it recognising also for the first time positive aspects of civil partnerships. We will probably look back at this point as one of the key moments in the history of the church.”

John Thavis, the author of The Vatican Diaries, called the document “an earthquake” in the Church’s attitude towards gays. “The document clearly reflects Pope Francis’s desire to adopt a more merciful pastoral approach on marriage and family issues,” he said.


Francis DeBernardo, the executive director of the US lesbian and gay pressure group, New Ways Ministry, also welcomed the development. He said: “It’s not just a change of tone. Never before as the church talked about lesbians and gays having “gifts” to offer. Never before has the church accepted that their sexual orientation has something positive to offer.”

And Mr DeBernardo added: “What is also significant and hopeful is what is not said… there is no vicious condemnation of them, as in previous hierarchical statements. We don’t see the gloom and doom and apocalyptic horror that Pope John Paul II and Pope Benedict XVI and their followers have foretold because of the advent of same-gender marriages.”

Another Vatican expert, Andrea Tornielli, also detected a “change of language” by the powers at the Vatican, but he noted that doctrinal changes would not be possible before further consultation and another synod next year.

And other observers predicted that conservative church figures, such as Cardinal Raymond Burke, of the US, and Cardinal Gerhard Müller, of Germany, would continue to oppose more liberal attitudes to homosexuality, and that yesterday’s statement signalled no change in the Church’s official condemnation of homosexual acts.

Ahead of yesterday’s press conference, comments by the Vatican’s top canon lawyer, Cardinal Francesco Coccopalmerio, underlined that doctrine had a long way to go before it accepted that gay relationships as equal to heterosexual ones.


He said that the Catholic Church would “never” accept gay marriage or even bless a gay union. “You can talk about everything... but you also have to be honest and say that for us... marriage is between a man and woman.” 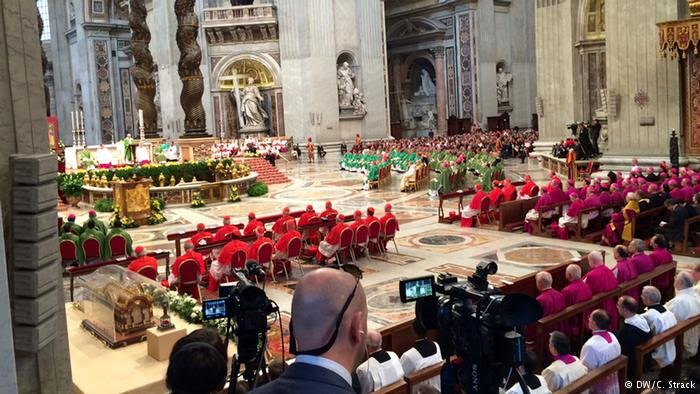 Old souls, let me tell you something. If you are old enough, and many of you are, you have been everything. Do you hear me? All of you. You have been both genders. All of you have been what I will call between genders, and that means that all of you have had gender switches. Do you know what happens when it's time for you to switch a gender? We have discussed it before. You'll have dozens of lifetimes as the same gender. You're used to it. It's comfortable. You cannot conceive of being anything else, yet now it's time to change. It takes approximately three lifetimes for you to get used to it, and in those three lifetimes, you will have what I call "gender confusion."

It isn't confusion at all. It's absolutely normal, yet society often will see it as abnormal. I'm sitting here telling you you've all been through it. All of you. That's what old souls do. It's part of the system. …”