Moscow's Syria conference: When negotiations become a matter of prestige

Talks between the Assad regime and several opposition groups are underway in Moscow, but participants are expecting little progress. One beneficiary of the conference is already clear, however: the Russian government. 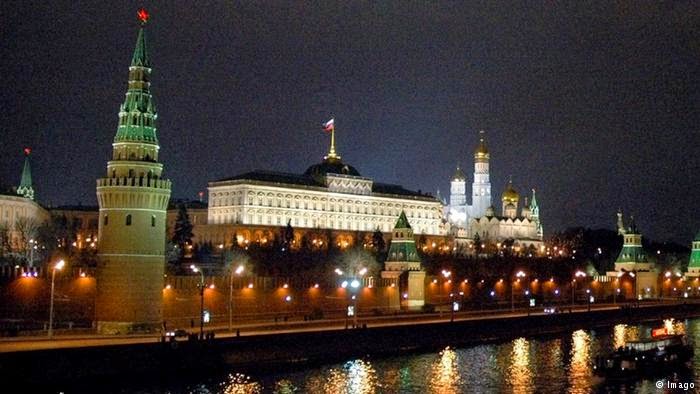 A breakthrough is unlikely, but the talks are going ahead anyway. Some groups are perhaps hoping for progress on humanitarian issues at least. That would be a big achievement at a time when the Syrian conflict appears to be taking a decisive turn.

And that's thanks mainly to the calculating Assad regime. At the beginning of the crisis, now in its fifth year, representatives of his government released members of Jihadist groups from Syrian prisons. The idea was that they would provoke such violence in Syria and neighboring countries that the international community would decide to fight back against the jihadists - with Bashar al-Assad's help. And that would guarantee the Syrian strongman's political survival.

Right now, it looks as if the plan is working. Mainly due to the brutality of the terrorist organization "Islamic State", Western states are now dealing with the Assad regime again, after years of keeping their distance. His government appears to be more reliable and less of a threat than the jihadists. In mid-March, for example, US Foreign Secretary John Kerry said that the US "would have to negotiate in the end" to put a stop to the conflict in Syria.

His comments would not have gone down well with some Arab partners of the anti-Assad coalition. They see some of the jihadists as partners that still have to be taken seriously. "The USA says it will negotiate with Assad. But at the same time it is not recognizing the role of some of these groups that it has labeled as extremists, despite the fact that these groups make up the majority of the military force of the opposition," wrote Saudi newspaper Asharq al-Awsat.

Given the massive use of violence of the Assad regime on the one hand, and the jihadists on the other, secular opposition forces appear insignificant. In Syria itself just as outside the country, active opposition groups barely play a role politically anymore. The Assad regime suppresses the opposition within Syria's borders.

Louay Hussein, president of the Building the Syrian State opposition movement, was arrested in November of last year, and only released in February. He wanted to take part in the Moscow conference, but the Syrian government would not permit him to travel. But the president of the leftist National Coordination Committee for Democratic Change, Hassan Abdel Azim, is in Moscow. His alliance has supported negotiations with Assad for years.

The National Coalition for Syrian Revolutionary and Opposition Forces, which is based in Istanbul and recognized by many Western and Arab states as a legitimate representative of the Syrian population, chose not to go to Moscow. It declined the invitation, saying that the Russian government sides with Assad in the war, making it an unreliable broker.

The coalition has also lost significance in recent months. In an interview with the Lebanese newspaper Al-Nahar, its president, Khaled Khoja, described the challenges facing the alliance - among them, internal differences. The coalition includes leftist as well as moderate Islamic groups, he said, making it difficult to formulate common opinions. Secondly, the alliance has little influence over events in Syria, making it difficult to spearhead political initiatives.

The coalition has since run out of money. According to the German Institute for International and Security Affairs (SWP), the group has been much too busy dealing with itself. "Permanent infighting over fund and title allocation haven't just impacted the effectiveness of the interim government; for many Syrians it has also become a symbol of all the negative tendencies in the opposition," the SWP said.

That's also had consequences for the coalition's political agenda. "Statements saying that a 'political solution' to the Syrian conflict would lead to a fundamental change in the political hierarchy and the ousting of the Assad regime now seem to be little more than lip service."


As for Russia, the talks seem to be little more than an opportunity to boost its international profile. In addition to eastern Ukraine, the Russian military is also active in Syria. And the conference in Moscow is a reminder to the West that there is no negotiating with Russia. Not even in the fifth year of a war that has already claimed the lives of almost a quarter of a million people.
Posted by Cempaka at 12:29 PM