The European Union and the United States have condemned a series of police raids in which journalists and executive were arrested in Turkey. They were seen as targeting opponents of President Recep Tayyip Erdogan. 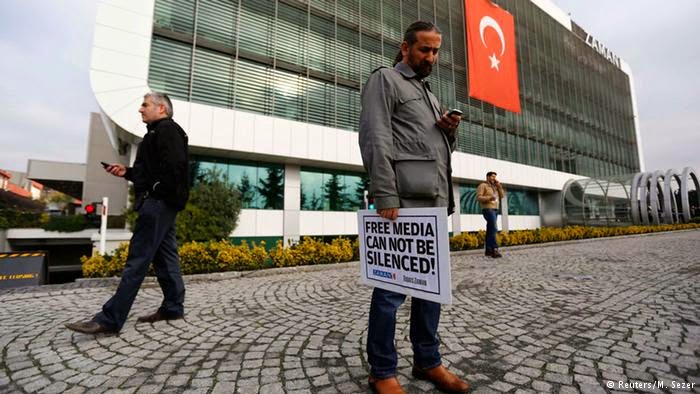 Federica Mogherini, the European Union's foreign policy coordinator and Johannes Hahn, the commissioner for enlargement negotiations, issued a joint statement on Sunday, to express their disapproval of the raids, which occurred earlier in the day.

"The police raids and arrests of a number of journalists and media representatives in Turkey today are incompatible with the freedom of media, which is a core principle of democracy," read the statement, which was posted on the EU's website.

It added that the operation ran contrary to "the European values and standards Turkey aspires to be part of."

"Media freedom, due process, and judicial independence are key elements in every healthy democracy and are enshrined in the Turkish constitution," a statement released by Psaki said. "As Turkey's friend and ally, we urge the Turkish authorities to ensure their actions do not violate these core values and Turkey's own democratic foundations."

Police arrested at least 24 people in the raids on media outlets on Sunday, including executives, journalists and former police officers.

The outlets raided are seen as being close to a US-based Muslim cleric, Fetullah Gulen, a former ally of President Recep Tayyip Erdogan, but whom Erdogan now accuses of orchestrating a plot to bring down his government.

Among the premises targeted in the operation were the headquarters of Turkey's largest circulation newspaper, the Zaman daily, as well as that of Samanyolu television, both of which are affiliated with Gulen.

Ekrem Dumanli, the editor-in-chief of Zaman was among those arrested.

The official Anatolia news agency reported that those detained had been accused of a number of offences, including "using intimidation and threats" to "form a gang to try and seize state sovereignty", "forgery" and "slander."

Hundreds of supporters had gathered outside of Zaman's headquarters outside of Istanbul prior to the raid there, preventing police from entering the building. Later, plainclothes officers returned and arrested Dumanli.

"Let those who have committed a crime be scared. We are not scared," Dumanli said as he was led away by police.