Klaus Iohannis has been sworn in as Romania's new president. The new head of state pledged to use his time in office to fight corruption and strengthen the country's institutions. 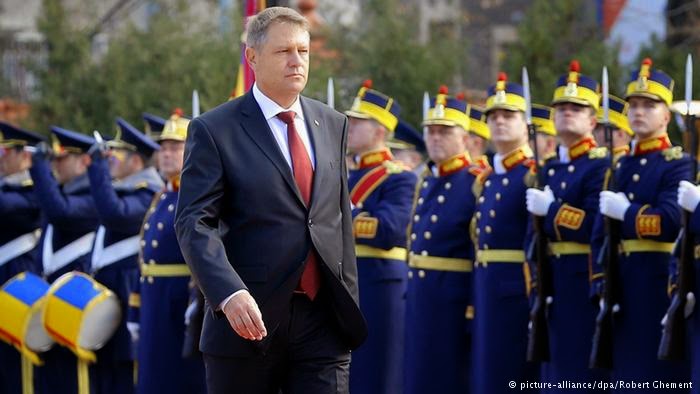 Iohannis took the oath of office in a joint session of Romania's upper and lower houses of parliament in the capital, Bucharest, before travelling to the presidential palace to take up his duties.

"There is a need for the whole political class to understand there is no other way for Romania except that of a country rid of corruption," the 55-year-old head of state said in his inaugural speech.

"I want that at the end of my term people can see we have made durable laws, solid institutions," he added.

Iohannis, an ethnic German who surprisingly defeated Prime Minister Victor Ponta in the November 16 run-off election, in part because he won the votes of thousands of voters abroad, who had been unable to cast their ballots in the first round.

The former mayor of a town in Transylvania, Iohannis has promised to use the office to act as a unifying force in Romanian politics, which in recent years has often been marked by squabbling between Prime Minister Ponta and the man he is replacing as president, Traian Basescu.

Basescu, a center-right politician, was not eligible to run again after serving the maximum 10 years allowed under the country's constitution.

He has been credited for his commitment to fighting corruption in the country and was a staunch ally of the United States.

Basescu's term, however, was also marked by controversy. On Saturday, he declined to comment on the latest media reports suggesting that Romania had hosted a secret CIA prison, saying the matter was being investigated by public prosecutors.