The European Union and Switzerland have inked an agreement on the automatic exchange of bank account data. It had been billed as a milestone in the authorities' fight against large-scale tax evasion. 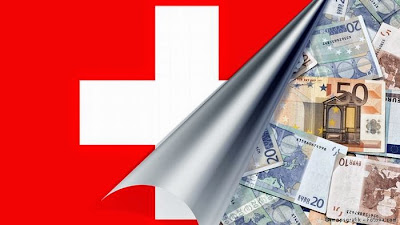 The EU and Switzerland on Wednesday signed a major accord aimed at efficiently curbing banking secrecy for EU residents and preventing them from hiding undeclaredincome in Swiss banks.

The deal was inked in Brussels by Pierre Moscovici, the European Commissioner responsible for taxation matters, and Jacques de Watteville, the Swiss secretary of state for international financial affairs.

"The agreement deals another blow against tax evaders and represents another leap towards fairer taxation in Europe," Moscovici said in a statement.

The accord will take effect in 2018. Under it, the EU and Switzerland will automatically exchange information on the bank accounts held by their respective residents.

Data to be shared on an annual basis include the names of account holders, their addresses, tax registration numbers and birthdays as well as the amount of money they hold in their accounts.

"This new transparency should not only improve member states' ability to track down and tackle tax evaders, but also act as a deterrent against hiding income and assets abroad," the European Commission argued.

Brussels is currently negotiating similar deals with Andorra, Liechtenstein, Monaco and San Marino and is expecting to sign relevant accords by the end of the year.